URBAN STUDY FOR THE REASSESSMENT OF DOWNTOWN GIEN

Gien is a small town of the Loire valley built on a hillside and overhung by the castle. Its architectural landscape is characterized by the reconstruction and the concept of “picturesque modernity” developed by André Laborie. At first, we established a diagnosis and a master plan on a widened perimeter. Then, we realized a study on an operational sector organized around the main places of the city. The object of the project is the requalification of the public places of the city center with a redefining of the sharing of the public space and a work of opening towards the Loire.

Sativa landscape and Ecmo lean on an important work of diagnosis to draw step by step the city project, from wide scale towards a definition on the scale of the city and his inhabitants. The stakes were to find a balance between patrimonial continuity, evolution of the uses, place given to the soft traffic, renewed relationship with the Loire and the budgetary realism. 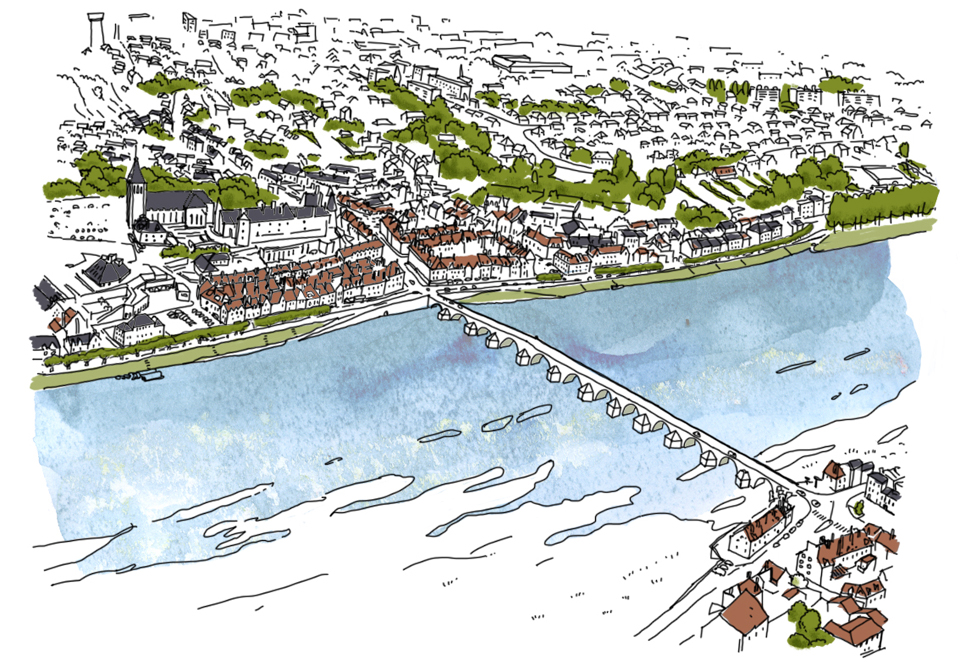 Sketch of Gien city center from the sky 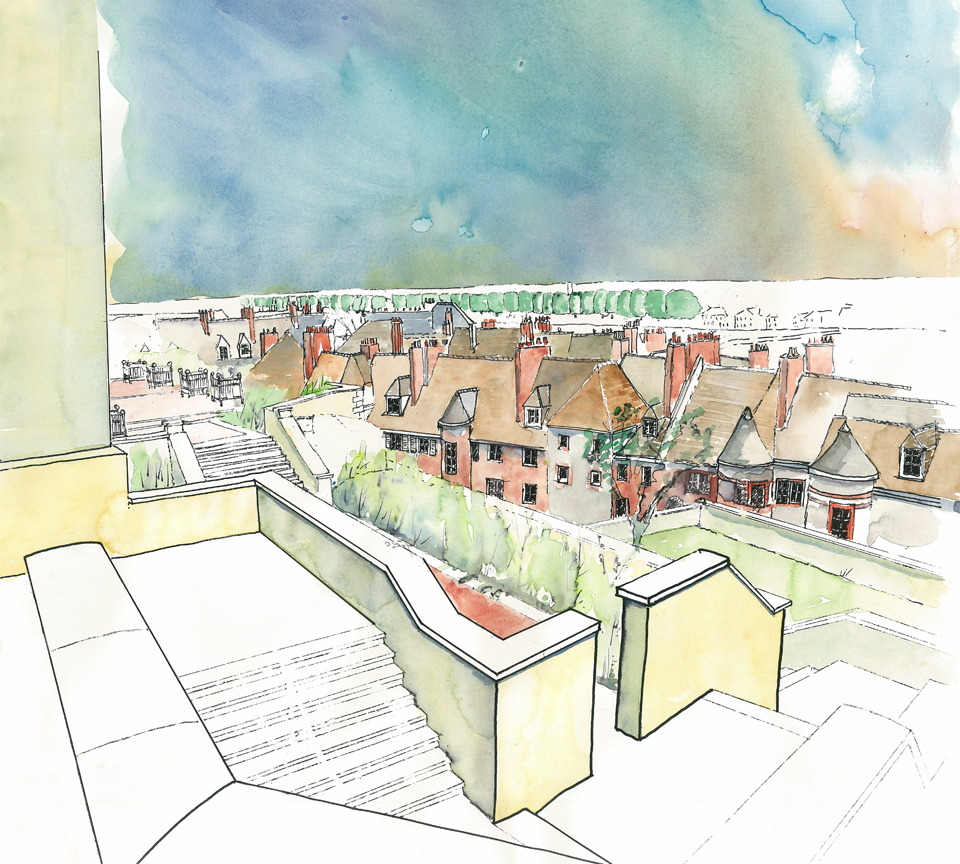 View from the staircase of the cathe 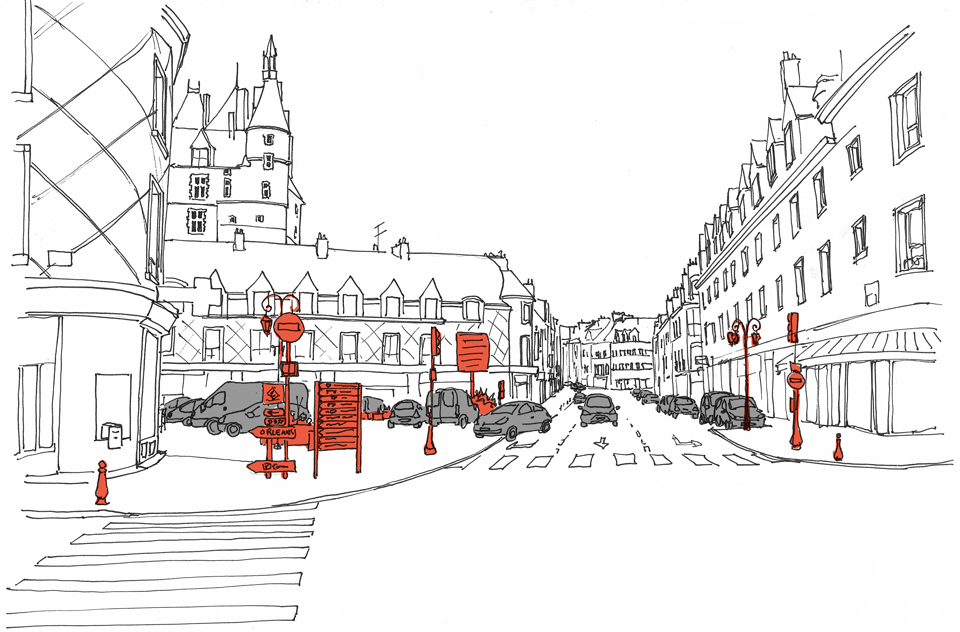 The place of Marshal Leclerc, an area blocked by furniture and traffic 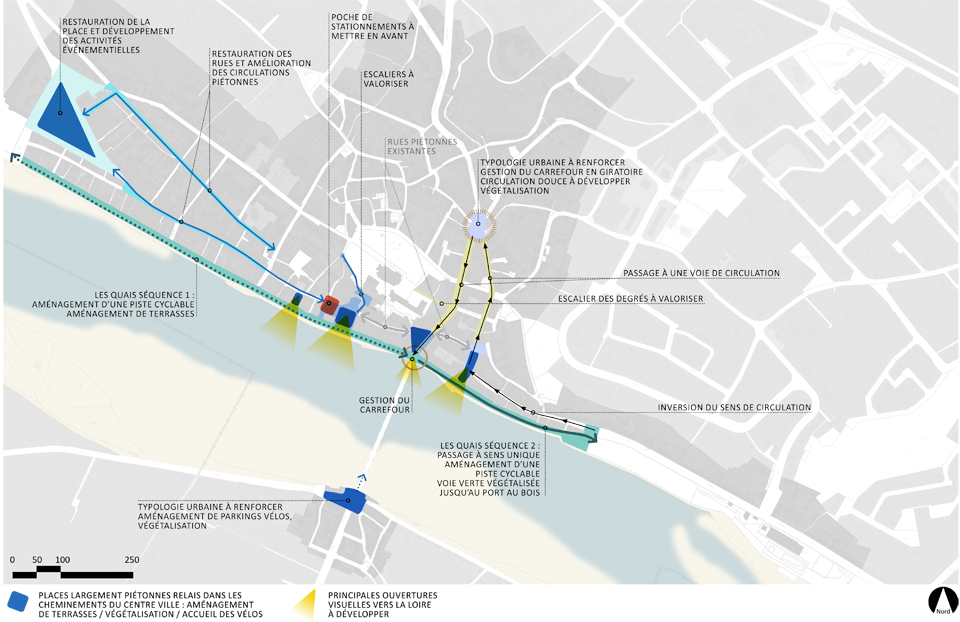 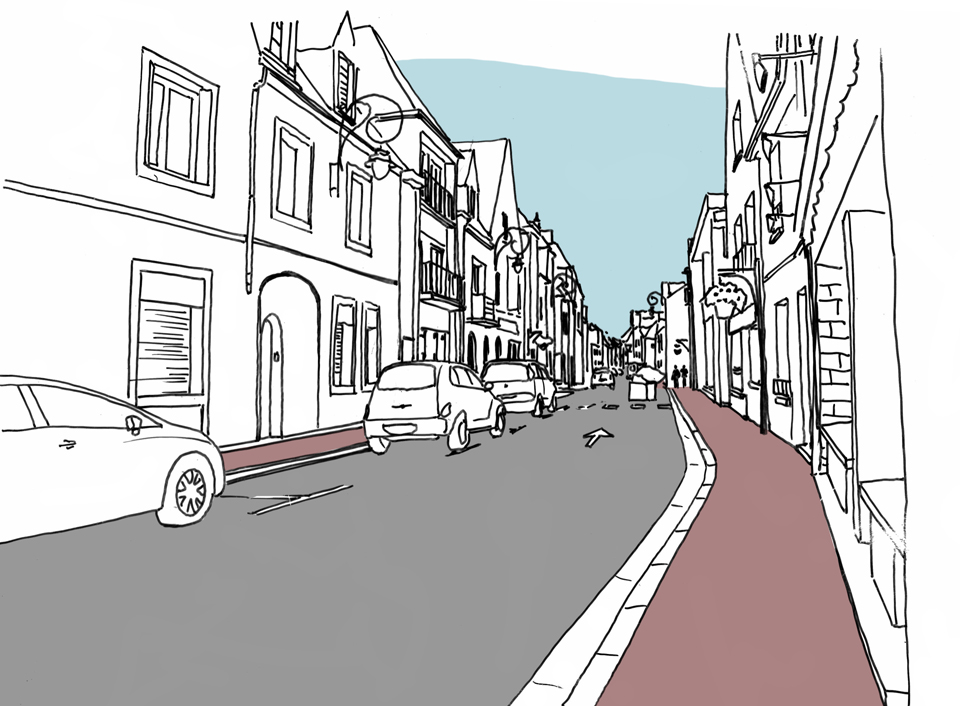 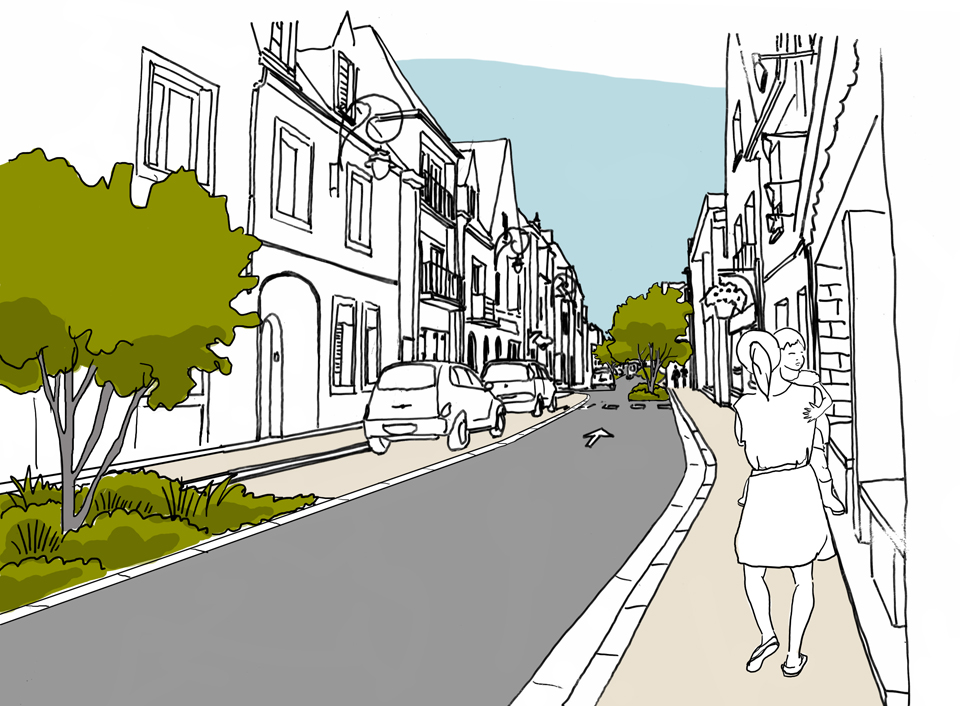